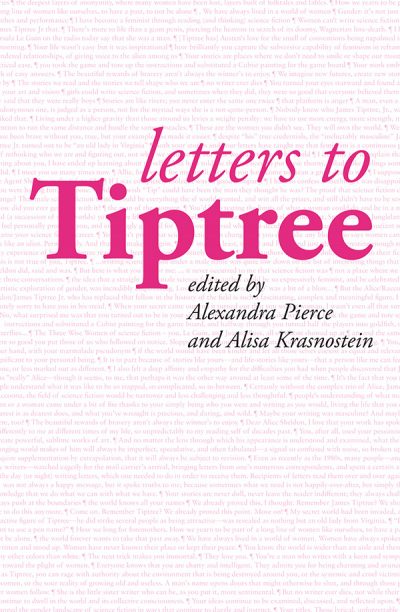 The collection is one of five titles shortlisted in the Best Nonfiction category, with shortlists also announced for Best Novel, Best Short Fiction and Best Artwork.

Letters to Tiptree collects letters written by local and international science-fiction and fantasy authors, editors and fans in celebration and recognition of feminist science-fiction writer Alice B Sheldon, who wrote under the pen name James Tiptree Jr.

Co-editor Pierce told Books+Publishing the shortlisting was a ‘significant achievement for a book edited by women, and especially by Australian women’ in a category that has seen only 28% of its 53 nominations go to women since its inception in 2001.

Kranostein added: ‘We are both incredibly proud of Letters to Tiptree and hope that this shortlisting will help the book reach an even wider audience, so that even more readers can appreciate, or even discover, the … excellence … of Alice Sheldon / James Tiptree Jr and [her] influence on the science-fiction genre.’

The BSFA was established by fans in 1958 and is now run as an official organisation by readers, authors, booksellers and publishers to celebrate science-fiction writing. This year’s shortlisted titles, which are voted for by BSFA members, were announced on 8 February, with the winners to be announced on 26 March.