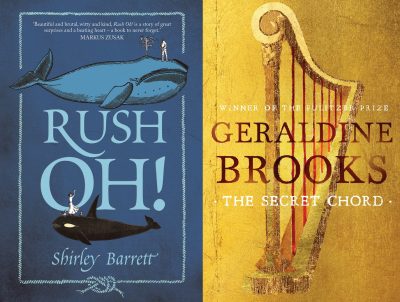 Australian authors Geraldine Brooks and Shirley Barrett have been longlisted for the 2016 Baileys Women’s Prize for Fiction.

Brooks is longlisted for her novel The Secret Chord (Hachette) and Barrett for her debut novel Rush Oh! (Picador).

The full longlist is:

Seven nationalities are represented on this year’s longlist, including the first Zimbabwean author to be longlisted for the prize, Petina Gappah. Eleven of the 20 longlisted novels are debuts.

A shortlist of six will be announced on 11 April ahead of the winner’s announcement on 8 June.