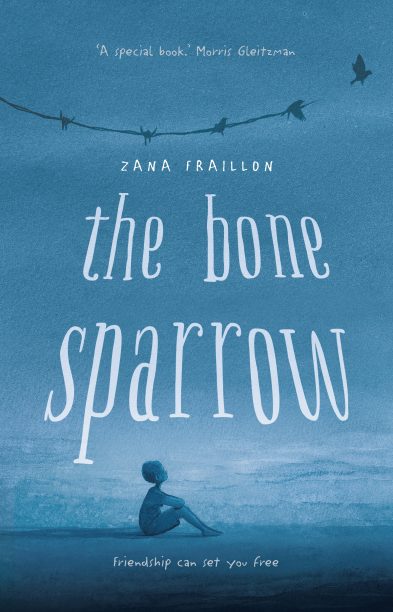 One of eight longlisted titles, Fraillon’s novel for middle-grade readers is a coming-of-age story about the friendship that develops between Jimmie, a young girl living just outside the fence of a permanent detention centre in Australian, and Subhi, a Rohingya refugee born on the inside.

Prize judge S F Said, who was joined on the judging panel by David Almond and Kate Saunders, said The Bone Sparrow is ‘moving and memorable’, and ‘deserves to be read by all who care about our common humanity’.

The Bone Sparrow is longlisted alongside books by Malorie Blackman, Alex Wheatle, Bonnie-Sue Hitchcock’s, Brian Selznick, Martin Steward, G R Gemin and Tanya Landman. A shortlist of four will be announced in October and the winner announced on 17 November.