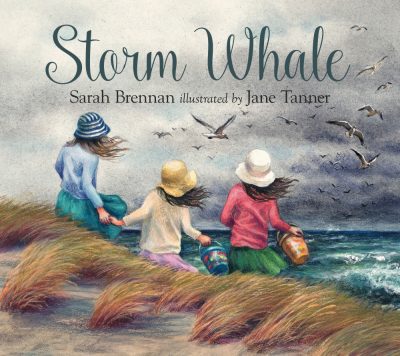 Australian illustrator Jane Tanner has been longlisted for the 2018 Kate Greenaway Medal for her work on the picture book Storm Whale (written by Sarah Brennan, A&U).

Tanner was chosen for the 20-strong longlist from a nomination list of 116 entries, which featured several Australians. The longlisted titles are:

The longlist for the Carnegie Medal was also announced. The longlisted titles are:

Presented annually by the UK’s Chartered Institute of Library and Information Professionals (CILIP), the Carnegie Medal is awarded to the writer of an outstanding book for children and young people, while the Kate Greenaway Medal is awarded for outstanding illustration in a children’s book.

The shortlists for both the CILIP Carnegie and Kate Greenaway Medals 2018 will be announced on 15 March 2018, with the winners being announced on 18 June.

As previously reported by Books+Publishing, CILIP launched an independent review in 2017 after last year’s longlists were criticised for not including a single black, Asian or minority ethnic (BAME) writer. The Diversity and Equality Review is taking place throughout the 2018 Medals cycle and is currently in consultation phase, which involves an online survey and focus groups.