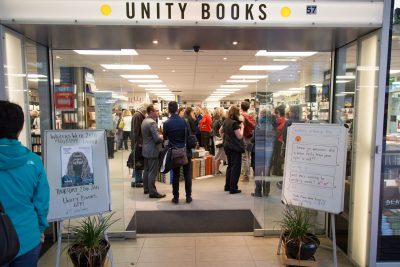 Unity Books is shortlisted for the Bookstore of the Year award, which was won by Readings in 2016. Also shortlisted this year is BOA Bookstore in Vietnam and Fang Suo Commune in China.

The awards, which are held in partnership with the UK Publishers Association, are presented in 17 categories, including international publishing, academic and scholarly publishing, children’s publishing, literary translation and digital innovation.

The US leads the shortlists with five nominations, followed by Brazil and India with three each. Twenty-six countries are represented on the shortlists.

The winners will be announced on 12 March at the beginning of the London Book Fair.

To see the full shortlists, visit the LBF website.