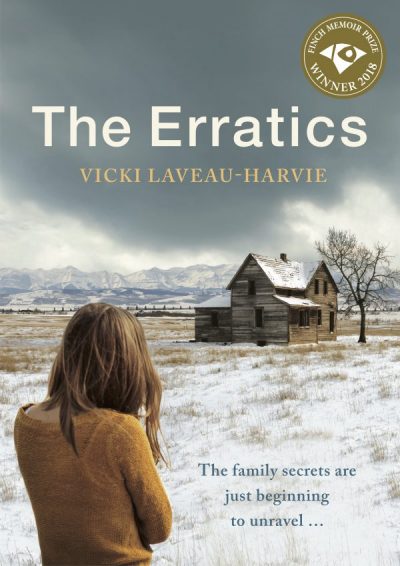 HarperCollins has acquired ANZ rights to Vicki Laveau-Harvie’s memoir The Erratics, which was recently longlisted for the Stella Prize.

Winner of the 2018 Finch Memoir Prize, The Erratics was published by Finch Publishing shortly before the closure of the publishing house in 2018. HarperCollins acquired rights via Jeanne Ryckmans at Cameron’s Management, and The Erratics will be published soon by Fourth Estate.

HarperCollins publisher Catherine Milne said the book has ‘the tightly compressed energy of an explosive device’. ‘Dark, sharp, funny and powerful, it is an outstanding piece of writing,’ she added.

Laveau-Harvie said she is ‘delighted with the good fortune that sees The Erratics move swiftly to Fourth Estate, to be made available to new readers’.

Inspired by a true story, The Paris Model is a described as ‘a sweeping tale of glamour, family secrets and heartbreak that takes you from the Australian outback to the salons of Paris in the 1940s’. It follows Grace Woods as she leaves her sheep station home to travel to post-war France, where she works as a mannequin for Christian Dior, mixing with socialites, royalty, famous authors, artists, diplomats and politicians.

HarperCollins fiction publisher Anna Valdinger said Joel is ‘a beautiful storyteller with an innate instinct of how to create an utterly captivating drama’.

The Paris Model is scheduled for publication in Australia in March 2020.