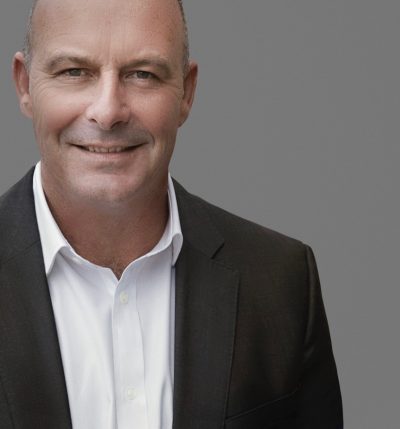 A writer’s life for me: Andrew Daddo on ‘Atticus Van Tasticus’

Atticus Van Tasticus evokes Roald Dahl mixed with The 13-Storey Treehouse. How did you come up with the idea?

I was listening to a podcast and it was partly about a gentleman in the 1700s. He was richer than everyone and he was bored, he didn’t have a job. So he went and bought himself a pirate ship, but he was crap at it! Then he got schooled by Blackbeard in the Caribbean and became very good at it—and very mean. But when he started, he was known as the ‘Gentleman Pirate’.

I thought, wouldn’t it be funny if you had a 10-year-old—how would he get a ship? Well, his grandma would give it to him of course! That was the first idea and then it was just developing the story from there.

Did you always envision Atticus as an illustrated novel? How did you come to work with Stephen Michael King?

Yes, most definitely. I’d already done a book with Stephen called Whatcha Building? (ABC Books), so I had the idea and I pitched it to him when we were doing a signing for that book. I said to him, ‘Look, if I write the first three or four chapters, can you have a look at them? If you like the idea, then we can take the next step.’

What I did have in mind [while writing] were Stephen’s drawings and leaving things out for him to illustrate. What’s funny about that is that he’d leave notes going, ‘So maybe this here, and maybe this in this spot, this sort of drawing.’ He said later, ‘You know, I don’t really like being told what to draw.’ [laughs] But not in a mean way! We get along well and we’re really on-song, so I always thought it was funny that I would be so stupid as to tell him what to draw, given he’s a genius.

You’ve written just about every genre of children’s book, from picture books to YA. What’s your favourite genre to write?

Definitely this one at the moment [middle-grade]. I love picture books and I’ve got an idea bubbling away, but that could be two years away. They take a long time to land. I’ve really enjoyed the last three years doing young adult, which is a totally different discipline.

I think the last one, which was called Just Breathe (Penguin), was really difficult to do because I just didn’t know the end of the story. I knew the start, I knew the middle, but it’s like walking towards a waterfall at the end of the world. You know you’re going to get there eventually but you have to work out what you’re going to do about it before you get there. That was the feeling I had. With things like deadlines though, you have to finish it!

When you’re writing books for a younger audience, are you keeping in mind different types of readers? For example, reluctant readers, confident readers, parents who are reading the book out loud.

What are you working on at the moment?

We’re still working on the final artwork [for Atticus] … and as we’re getting close to the final pictures, they’re stunning. …We’re killing our editor! She’s going, ‘Just finish it, will you!’

I’m about two-thirds of the way through book two [in the series] … I try and write with all the pictures in my head, and the sounds. With the second book, I’ve been writing to classical music, so writing a battle scene listening to Hans Zimmer, Gladiator. It’s dumb as hell! But all those sorts of things, put them all together and it’s a pretty fun experience.

What’s in store for you and Stephen once Atticus Van Tasticus is released in September?

To be honest with you, it’s really exciting; Puffin are so excited about it so it’s quite contagious for us as well. We’re going to do a tour, I think. The main thing is that it’s fun; we both think it’s fun. We’re all looking for ways to get our young people to read and hopefully it’s a chance to share stories as well.