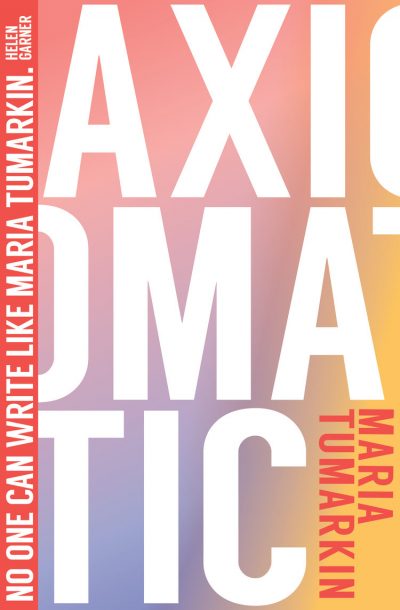 In the US, Australian author Maria Tumarkin is a finalist in the National Book Critics Circle Awards for her book Axiomatic (Brow Books), published in the US by Transit Books.

Shortlists were also announced in the categories of fiction, nonfiction, autobiography, biography and poetry.

The winners will be announced at a ceremony in New York on 12 March. For a complete list of  finalists, visit the NBCC website.