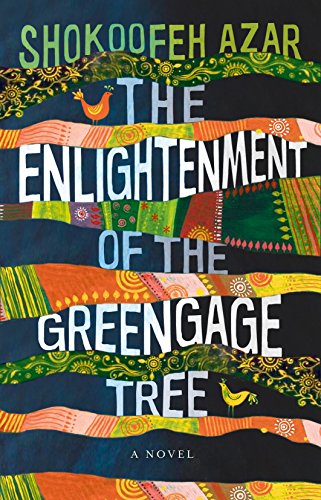 Iranian-Australian writer Shokoofeh Azar has been longlisted for the 2020 International Booker Prize for her novel The Englightenment of the Greengage Tree (trans by Anonymous, Wild Dingo Press).

Azar is the first Australian writer to be longlisted for the prize since it restructured as an annual translation award in 2015.

The novel, narrated by the ghost of 13-year-old Bahar, tells the story of a family of five compelled to flee their home in Tehran following the 1979 Islamic Revolution. Originally written in Farsi, it was translated into English and published in Australia in 2017. Following its shortlisting for the 2018 Stella Prize, US and UK rights were sold to Europa Editions and the book was published overseas last year, with Wild Dingo Press retaining ANZ rights.

Azar said in a statement, ‘I am honoured as an Iranian-Australian to hear the longlist news and excited that for the first time an Iranian voice is being heard at these awards. I’ve followed this award since I was a teenager as it is an important award for the Iranian literary community.’

Owner and publisher of Wild Dingo Press Catherine Lewis said, ‘This longlist announcement from the International Booker Prize is an absolute win for small, independent Australian presses who are prepared to fund translations and take the risks.’

In 2018 Lewis told Books+Publishing, ‘We felt strongly compelled to take the publishing plunge with The Enlightenment despite having to invest in its translation. It seemed mad for a small publisher to take on such an expensive project, but we were certain that it was a novel for the world, not just Australia, and that it was exceptional.’

Chair of the Small Press Network Michael Webster added, ‘This is not only an extraordinary achievement for Shokoofeh Azar but also a great compliment to Wild Dingo Press as another example of the courage shown by independent Australian publishers willing to take on authors whose work is too often rejected by larger companies.’

The 12 other books longlisted for the 2020 International Booker Prize are:

The shortlist will be released on 2 April, with the winner to be announced on 19 May. The International Booker Prize is awarded annually for a single book, translated into English and published in the UK or Ireland. The winning book receives £50,000 (A$98,000), to be split between author and translator. For more information, visit the Booker Prizes website.