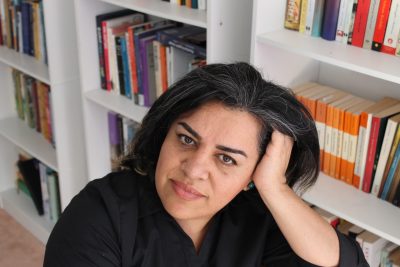 ‘The Enlightenment of the Greengage Tree’ shortlisted for International Booker

The Enlightenment of the Greengage Tree by Australian author Shokoofeh Azar (Wild Dingo Press) has been shortlisted for the 2020 International Booker Prize.

This is the first time an Australian writer has been shortlisted for the prize since it restructured as an annual translation award in 2015.

Azar, who came to Australia as a refugee from Iran, originally wrote the book in Farsi. Azar told the Sydney Morning Herald the translator of the novel wishes to remain anonymous because if their name was revealed they wouldn’t be able to go back to Iran.

Owner and publisher of Wild Dingo Press Catherine Lewis told Books+Publishing in 2018: ‘We felt strongly compelled to take the publishing plunge with The Enlightenment despite having to invest in its translation. It seemed mad for a small publisher to take on such an expensive project, but we were certain that it was a novel for the world, not just Australia, and that it was exceptional.’ The Farsi edition of the book is also available from Wild Dingo Press through IngramSpark.

The Enlightenment of the Greengage Tree was also shortlisted for the Stella Prize 2018, the University of Queensland Fiction Book Award 2018 and the 2020 Adelaide Festival Awards for Literature.

The shortlist for the £50,000 (A$102,000) International Booker Prize was announced online overnight. The full shortlist, from a longlist of 13 announced in February, is:

The International Booker Prize is awarded annually for a single book, translated into English and published in the UK or Ireland, with the prize money split between author and translator.

The winner of the 2020 International Booker Prize will be announced on 19th May. For more information, visit the Booker Prizes website.