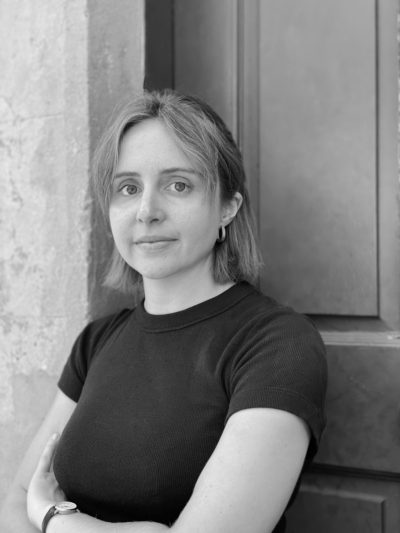 Diana Reid’s debut novel Love & Virtue (Ultimo, October) explores feminism, power and sex through the lives of two young women at an Australian university. Reviewer Georgia Brough calls Love & Virtue ‘an interesting, layered novel’ that draws the reader in through an elegant and complex dynamic between characters. She speaks to the author.

Love & Virtue is set at an elite residential college and its associated university. Institutions such as these are notorious in real life for upholding toxic cultural values that can result in trauma and tragedy. Why did you feel it was time for this story to be rendered in fiction? Do you think exploring this issue through fiction will make more readers aware of what’s going on behind closed doors?

Australia has had a long fascination with the residential colleges, from Helen Garner’s The First Stone to the 2017 Broderick report and all the associated media coverage. While I wouldn’t claim that Love & Virtue exposes any secrets, I do think it is perhaps one of the first times this setting has been dealt with in fiction. And I think a fictional rendering is long overdue for two reasons.

The first is somewhat political. I think that it’s very natural for people to attach their sense of identity to the places and institutions where they spend their formative years. For residential colleges, this means that people take criticisms of these institutions very personally. Fiction, I think more so than nonfiction, has the capacity to make readers invest emotionally in characters (sometimes even in characters on both sides of a conflict), so it can sidestep that knee-jerk defensive reaction. On the other hand, I’m very conscious that when scandals break at these tiny institutions, populated largely by a very privileged minority, it’s tempting to just say: who cares? But—and this is a tension I try to navigate in the novel—the people who attend these institutions do go on to have great power and influence, so I think that, culturally, we should care. Again, I think this is where fiction, more so than nonfiction, can shed a light: it can create individual characters that feel real, whose journeys the reader cares about.

The second reason is less principled. And that’s just: campus novels are fun! In my opinion, at least. You don’t need to have read Brideshead Revisited or The Secret History—if you’ve watched five minutes of reality TV, you’ll know that environments where people live on top of each other are pressure cookers for conflict. Add to that a cast of young people at a vulnerable time in their lives figuring out who they want to be and questioning the world around them, and you’ve got a great recipe for both drama and comedy.

The novel discusses intersectional feminism by examining when activism and morality collide with class. Eve has the privilege of questioning the ethics of her environment, but Michaela does not. Can you expand on how and why institutional privilege fails so many?

I used the friendship between Michaela and Eve to make a few points about intersectional feminism. For context, Michaela is at the residential college on a full scholarship. She’s not from Sydney, she’s from a single-income family, and she’s only 18, so the scholarship is this fantastic opportunity for her to have a home in a famously unaffordable city where she doesn’t know anyone. Eve, by contrast, is from a wealthy Sydney family. What I was trying to do here is just make the simple point that our moral judgements always exist in a complex relationship with our material reality. And sometimes, when we think someone is exhibiting a moral failing (as Eve does, when Michaela is reticent to take a stand against the colleges) we ignore the complexities of an individual’s particular situation.

This leads me to two ways that institutional privilege can fail people—from conservatives to progressives—both of which are addressed in the book. First, I think that all the privileges of a fantastic education can sometimes lead to a style of activism that is very intense and jargonistic. We see this a lot on social media. When dense academic language is combined with moral righteousness—which fails to take into account people’s personal circumstances, as Eve does with Michaela—I think it can have the effect of making people feel stupid or inferior or, at worst, evil for not sharing a particular opinion. Naturally, this is alienating, and for someone whose goal is persuasion, it’s self-defeating.

On the other hand, I think that institutional privilege can fail people by making them uncritical. At least Eve, for all her faults, has the wherewithal to question the institutions she’s a part of. There are also a lot of characters in Love & Virtue who, because they’ve always lived in this very privileged bubble, aren’t exposed to or interested in diverse voices, and therefore they don’t think critically about their place in the world or how it might be changed for the better.

The characters in Love & Virtue are products of their time: hyper-intelligent gen Zs, many of whom are obscenely wealthy and exploring their newfound sexuality and sexual freedom in a post–#MeToo world. Did your research for Love & Virtue include working with young adults who have recently graduated from high school, or was it drawn from personal experience?

I wrote it last year, when I was 24 and had just graduated from university, so the characters are very much the cumulation of years of observations of campus culture and a reflection of my generation, rather than the result of active research or interviews. The way the characters speak is just how my friends would talk to each other. (I’m not sure about hyper-intelligent … but they’ll gladly take it!)

In 2021, post-#MeToo, do you think residential colleges can continue to exist?

I think that residential colleges—like all institutions—are only ever going to be as progressive or conservative as the people who inhabit them. So I’m hopeful that they’ll change as new generations move through them. Even now, I think they already are. When we talk about post-#MeToo in Australia, where we haven’t seen anything like the criminal consequences that came out of the US, we’re really just talking about cultural change in the way we think about sex and power. And I think that we’re already seeing the consequences of that cultural change, with young activists now pushing for reform around the way consent is taught in schools. If these are the kinds of young people populating the residential colleges, I just don’t think they can continue to exist forever in the manner described in Love & Virtue.

At the risk of sounding like we’ve come to some kind of arrangement (because she has said some incredibly lovely things about Love & Virtue, and the titles are similar now I see them written in the same sentence), I just loved Sorrow and Bliss by Meg Mason (Fourth Estate). I can’t remember the last time I read something that was so consistently funny and sad—a tonal tightrope I can only aspire to walk!