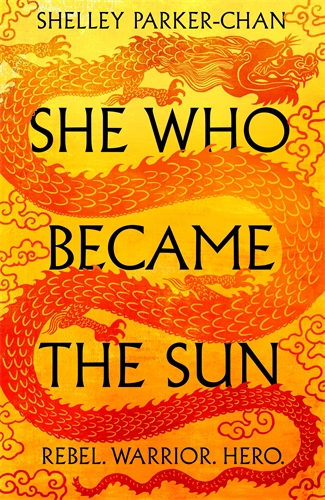 Australian writer Shelley Parker-Chan is a finalist for the Hugo Award for Best Novel for her debut novel She Who Became the Sun.

She Who Became the Sun was published in the US by Tor Books in 2021, and will be published by Pan Macmillan Australia in July. It’s one of six titles nominated in the Best Novel category, alongside A Desolation Called Peace (Arkady Martine, Tor), The Galaxy, and the Ground Within (Becky Chambers, Harper Voyager), Light From Uncommon Stars (Ryka Aoki, Tor), A Master of Djinn (P Djèlí Clark, Orbit), and Project Hail Mary (Andy Weir, Ballantine).

She Who Became the Sun is a genderqueer reimagining of the Hongwu Emperor Zhu Yuanzhang’s rise to power in 14th century China. Zhu, a peasant assigned female at birth, assumes their deceased brother’s identity as they begin their path to unifying China under native rule and becoming the founding emperor of the Ming Dynasty.