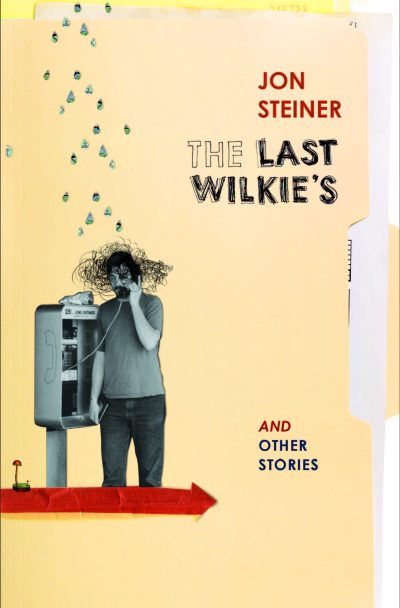 The Last Wilkie’s is a quirky collection of short stories that are by turns funny, dark and troubling. Some are only a few sentences long; others span 10-15 pages. All are effortless to read and laced with a quick, sardonic wit that pokes fun at the life narratives we so earnestly attempt to create. In ‘Jungle Train’, Jon Steiner articulates a modern relationship nightmare—the narrator is stuck on a stuffy foreign train with a sullen girlfriend, her silently judging parents and no snacks—yet somehow she manages to triumph. In ‘Rights of Man’, a temper tantrum is narrated from the perspective of the toddler in absurdly formal and amusingly inadequate language. ‘Summit’ is a more poignant and serious story about the doomed trajectory of a relationship, while ‘Open for Inspection’ and ‘Gecko’ resonate with a deep sadness about the passing of things. The term ‘quirky’ is often used in a dismissive way, yet it neatly describes how Steiner’s stories combine emotional clout with comic relief. Steiner’s work has previously appeared in the UTS Writers’ Anthology and two Spineless Wonders publications, and he is clearly a writer who delights in approaching the short-story format at new and challenging angles.