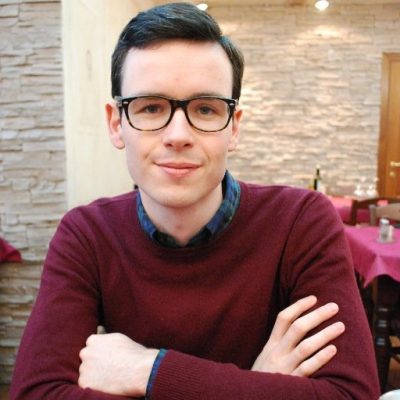 Mullins was selected from a shortlist of six for his entry ‘A Liberal View’, a political history that examines the tumultuous career of former Prime Minister William McMahon.

Scribe senior editor Julia Carlomagno described ‘A Liberal View’ as ‘an assured yet delightfully funny piece about power and the media, by a writer able to present the nuance of political history in a way that both engages and entertains’. ‘The Scribe judges and I felt that work of this calibre is a rare find,’ said Carlomagno.

Two writers were highly commended for their entries: Zoya Patel for ‘Match Fixing’, which explores arranged marriages in Australia; and Drew Rooke for ‘Machine Highs’, on poker machine gambling addiction.

The prize was announced at the Express Media Awards in Melbourne on 3 December and presented by Scribe publisher Henry Rosenbloom.

Now in its third year, the Scribe Nonfiction Prize is a developmental award for writers aged 30 or under writing a longform or book-length work in any nonfiction genre. The winner receives $1500, a meeting with Scribe, up to 10 hours of editorial time, and a new-release nonfiction title of their choice each month for a year.