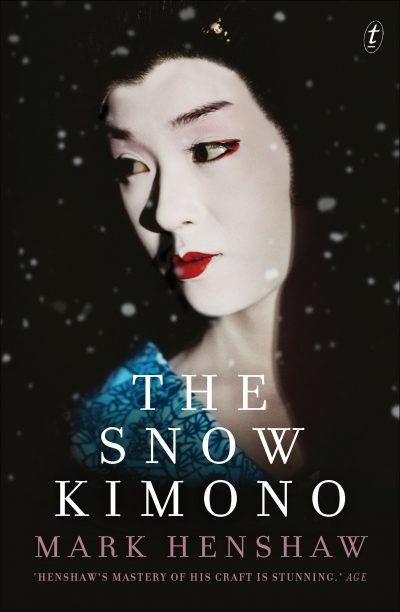 Mark Henshaw’s The Snow Kimono (Text) was announced as the winner of the $10,000 ACT Book of the Year Award for 2015 at a ceremony in Canberra on 17 December.

Omar Musa received $2000 for his highly commended entry Here Comes the Dogs (Hamish Hamilton), which was also the winner of the People’s Choice Award, chosen from more than 700 votes.

The two other shortlisted books, Into the Heart of the Himalayas (Jono Lineen, Victory Books) and Blood and Guts: Dispatches from the Whale Wars (Sam Vincent, Black Inc.), each received $1000.

The ACT Book of the Year Award recognises literary works across fiction, nonfiction and poetry by ACT authors and ‘aims to support the development of ACT writers and promote writing in the ACT’.

As previously reported by Books+Publishing, Musa was allowed to resubmit his novel for this year’s award after the government reversed an earlier decision that made him ineligible under new award guidelines, introduced in 2014, which stipulate entrants must reside within ACT’s boundaries.

Read more about the award here.