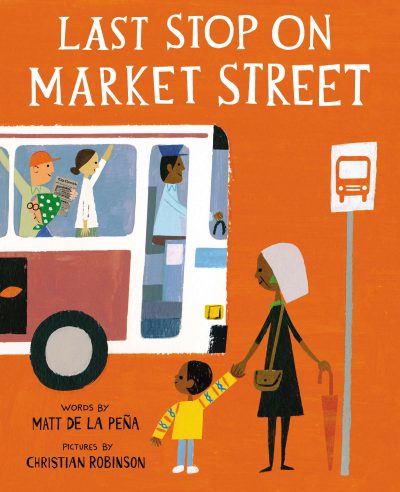 In the US, the Association for Library Service to Children (ALSC), a division of the American Library Association (ALA), has announced the winners of its Youth Media Awards, including the Newbery and Caldecott medals, and the Printz and Stonewall awards. The 2016 John Newbery Medal for ‘most distinguished contribution to children’s literature’ was awarded to Matt de la Peña for Last Stop on Market Street (illus by Christian Robinson, Putnam), while the 2016 Randolph Caldecott Medal for the ‘the most distinguished picture book’ went to illustrator Sophie Blackall for Finding Winnie: The True Story of the World’s Most Famous Bear (written by Lindsay Mattick, Franklin Watts). Bone Gap (Laura Ruby, HarperCollins US) was the winner of the Michael L Printz Award for excellence in young adult literature. The Stonewall Book Award, presented to books relating to the lesbian, gay, bisexual and transgender experience, was won by George (Alex Gino, Scholastic) in the children’s category, and The Porcupine of Truth (Bill Konigsberg, Scholastic US) in the category of young adult books. The Coretta Scott King awards, which recognise African-American authors and illustrators, were awarded to Gone Crazy in Alabama (Rita Williams-Garcia, HarperCollins) in the author category and to Trombone Shorty (Troy Andrews, illus by Bryan Collier, Abrams) in the illustrator category. The awards were announced at the ALA Midwinter Meeting and Exhibits, which was held in Boston from 8-12 January. For a full list of the winners and honour books for each award, visit the ALA website.