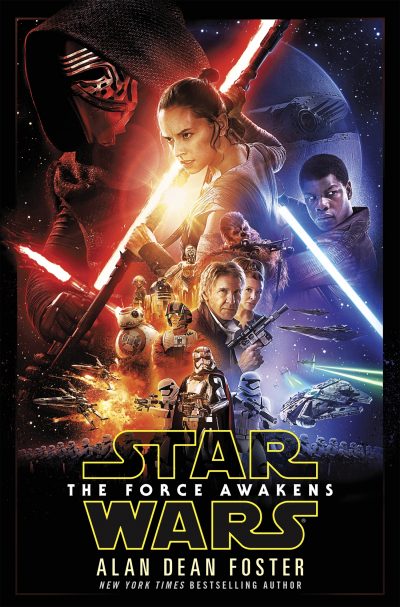 Film tie-ins are making an impact on this week’s bestseller charts, taking up four out of five spots on the fastest movers chart. Star Wars extends its popularity to print, with Alan Dean Foster’s official novelisation of the film Star Wars: The Force Awakens (Century), sitting in fifth spot on the overall bestsellers chart and first on the fastest movers, while Star Wars: Before the Awakening (Greg Rucka, illus by Phil Noto, Chirpy Bird), an anthology book for younger readers that takes place before the events of the movie, is third on the fastest movers chart. Other film tie-ins in the fastest movers chart include The Big Short (Michael Lewis, Penguin) and The Revenant (Michael Punke, Borough Press), which also breaks into the overall bestsellers for the first time to claim sixth spot. The top three overall bestsellers remain the same as week, headed by NYPD Red 4 (James Patterson, Century), and Anthony Doerr’s All the Light We Cannot See (Fourth Estate) jumps up to fourth spot after two previous weeks in tenth. Fiction also dominates the highest new entries, lead by Nora Roberts who has two books in the chart: Carnal Innocence (Hachette) in top spot and Honest Illusions (Hachette) in fourth—Books+Publishing (source: Nielsen BookScan, week ending 16 January 2016).