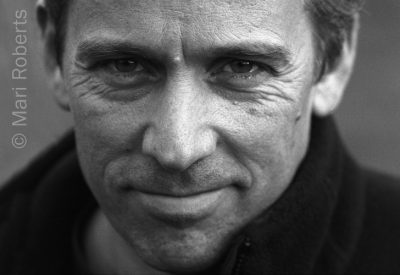 Jasper Fforde is the author of the ‘Thursday Next’ literary detective series and the ‘Last Dragonslayer’ fantasy series. His latest book in the latter series is The Eye of Zoltar (Hachette). He is travelling to Canberra and the Perth Writers Festival in February.

Breakfast of Champions by Kurt Vonnegut (Random House). Not his best (he himself only gave it a ‘C’), but still with flashes of inspirational genius. The whole of Vonnegut is there, just arranged more haphazardly than usual. Slaughterhouse-Five (Random House) and The Sirens of Titan (Hachette) were much, much better.

I’m going to finish Spitfire by Leo McKinstry (Hachette). Less of an ‘our boys saving the green and pleasant lands against the heel of the jackboot’ sort of book, but really about the huge political and engineering story behind the iconic fighter plane. 1930s history is peculiarly fascinating, and the feet-dragging of appeasement in Britain ensured that once wheels were set in motion, the Air Ministry went all-out for the most advanced fighter they could find. A risky choice which paid off.

I have three, generally:

West with the Night by Beryl Markham (Hachette)
The Little Prince by Antoine de Saint-Exupery (Penguin)
The Reason Why by Cecil Wootam-Smith (Penguin).

Hang on, there’s a few more:

…and I can’t leave out these:

The Calculus Affair by Hergé (Egmont)
Catch-22 by Joseph Heller (Random House)
The Dot and the Line by Norton Juster (SeaStar Books US)
Tiger Tiger by Alfred Bester (Random House).

That’s more than three, isn’t it? Any of the above. What, choose one? Impossible!

My literary landscape kind of looked like this from age five to 15: Ladybird books; Enid Blyton; Alice (plus the sequel, Alice II: this time it’s about chess); Tintin; ‘Moomintroll’ series; Biggles (yes, all of them); Nicholas Fisk (remember Space Hostages and Trillions? Fab); John Wyndham (except the one about Lichen, which I had trouble with); Alfred Bester; and Agatha Christie. A good grounding. Defining? Probably Alice in Wonderland mixed with ‘Tintin’, Fisk and Christie. High adventure crime mixed with absurdism and SF.

Someone better than I am living in a much improved world.

Without peer: Touching the Void by Joe Simpson. The book, filmed. Excellent. Also The English Patient, which I actually preferred to the book. (Is that heresy? No, Heresy were a punk band in the eighties.) They did a pretty good job of The Shawshank Redemption too.

If I want to know about a book or author, I generally go to Wikipedia first, then Goodreads, then that one that doesn’t like to pay taxes. Finding balanced views is difficult from publishers’ or authors’ websites.

As cherished as they are today, exactly as they were 50 years ago.