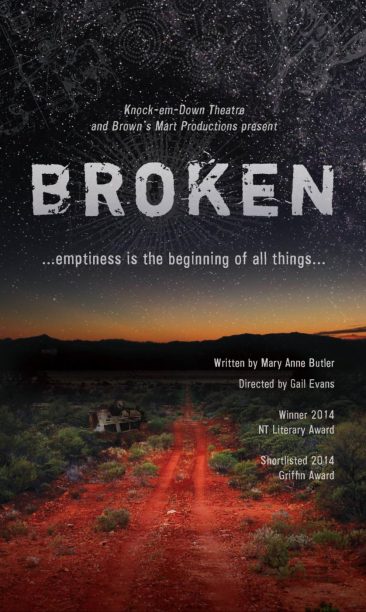 Darwin-based playwright Mary Anne Butler has won the Victorian Prize for Literature, worth $100,000, for her play Broken at this year’s Victorian Premier’s Literary Awards.

The play, which also won the award for drama, worth $25,000, centres on a car crash in the Northern Territory and ‘wrestles with matters of chance, choice hope and fate’.

Broken premiered at Browns Mart Theatre in Darwin in March 2015 and will be performed at the Darlinghurst Theatre in Sydney in August. It will also be published this year by Currency Press.

The winners were announced on 28 January at a ceremony in Melbourne.