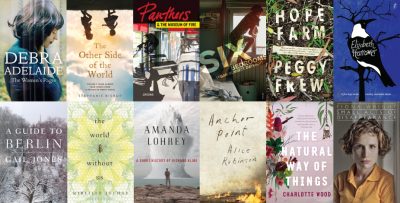 The longlist for the fourth Stella Prize has been announced.

This year’s longlisted titles are:

Walker said in a statement that the longlist ‘demonstrates the current strength of Australian women’s narrative, featuring both highly accomplished new writers and many works that represent a culmination of the skills of established writers’.

The Stella Prize is presented for the best work of fiction or nonfiction by an Australian women published in the previous calendar year. The prize is named after Miles Franklin, whose first name was Stella, and was inspired by the Baileys Women’s Prize for Fiction.

As previously reported by Books+Publishing, Emily Bitto won the 2015 Stella Prize for her novel The Strays (Affirm).