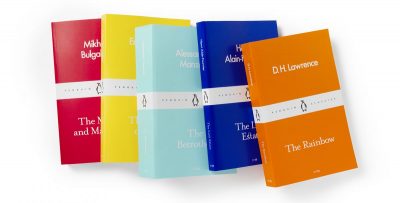 Penguin to introduce ‘Pocket Penguins’ series in May

In the UK, Penguin is releasing a new classics series called Pocket Penguins in May, reports the Bookseller. The series, which the publisher is calling ‘the future of Penguin Classics’, will be published in a ‘compact, jewel-like format’ in bold colours rather than previous designs of oil paintings on black jackets. The series will launch with 20 titles, including The Master and Margarita by Mikhail Bulgakov, Mrs Dalloway by Virginia Woolf, The Secret Agent by Joseph Conrad and The Good Soldier Svejk by Jaroslav Hasek. Art director Jim Stoddart said the new range ‘blossoms from black into the technicolour of Penguin’s heyday’. ‘While this is a comforting nod to past Penguin, this is very much a series of books for the modern age,’ said Stoddart. The range will be available in Australia from late May, with each title priced at $14.99.