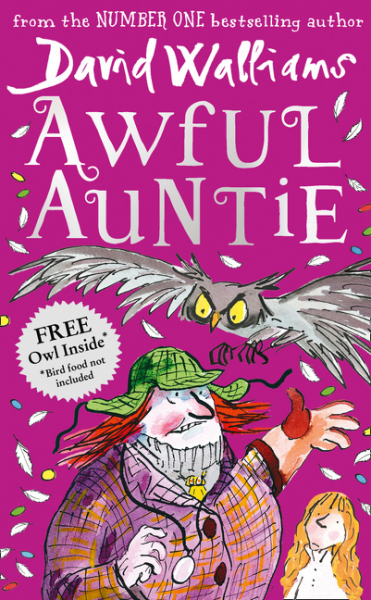 The paperback edition of David Walliams’ 2014 children’ s book Awful Auntie (HarperCollins) is the highest new entry in this week’s charts; the British author has three more books in the charts, with Gangasta Granny, Demon Dentist and Mr Stink (all HarperCollins) sitting in first, second and fifth spots respectively in the fastest movers chart. All the Light We Cannot See (Anthony Doerr, HarperCollins) is this week’s overall bestseller, ahead of Brotherhood in Death (J D Robb, Hachette) and The Dressmaker film tie-in (Rosalie Ham, Duffy & Snellgrove). The rest of the top 10 remains mostly unchanged, with Old School: Diary of a Wimpy Kid (Jeff Kinney, Puffin) and The Revenant film tie-in (Michael Punke, Borough Press) climbing back into the chart after dropping out of the top 10 last week —Books+Publishing (source: Nielsen BookScan, week ending 20 February 2016).