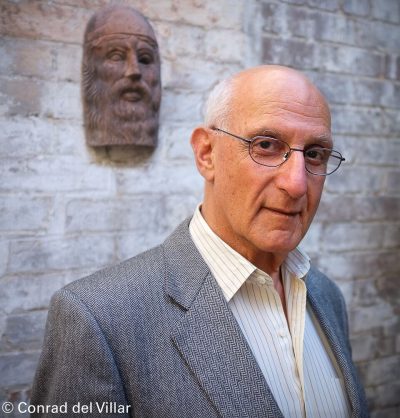 David Malouf has won the 2016 Australia Council Award for Lifetime Achievement in Literature.

The award, formerly known as the Writers’ Emeritus Award, recognises ‘the achievements of eminent literary writers over the age of 60 who have made an outstanding and lifelong contribution to Australian literature’.

Malouf is the author of numerous works of fiction, nonfiction, poetry and libretti. His books include Johnno, Fly Away Peter, which won the Age Book of the Year, The Great World, which won the Commonwealth Writers’ Prize, Remembering Babylon, which won the IMPAC Dublin Literary Award, The Conversations at Curlow Creek, Ransom and Every Move You Make. His most recent books are the essay collections A First Place and The Writing Life (Random House) and the poetry collection Earth Hour (UQP).

Malouf said winning the award was ‘a great honour’. ‘Writing is a very solitary business, we don’t meet the majority of our readers face to face, so any form of recognition that the writing out there has been received, and even more, valued, is a confirmation that what you have devoted so much of your life to has reached its goal and was worth doing.’

Malouf will be presented with his award at a ceremony in Sydney on 10 March, along with the winners of Lifetime Achievement Awards in other arts disciplines.

Gannon’s ‘The Mothers’ sold to US, optioned for TV  Local news Rights and acquisitions