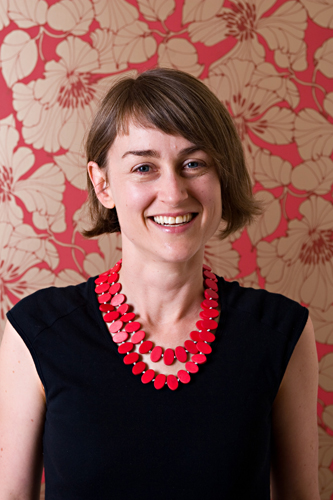 Cult following: Em Bailey on ‘The Special Ones’

Em Bailey’s The Special Ones is an ‘edge-of-your-seat’ YA novel that ‘marks the gradual return of the YA thriller’, writes reviewer Bec Kavanagh. She spoke to the author.

What was the starting point for The Special Ones?

I’ve always been intrigued by cults—by the people who start them and by the people who get drawn into them. I read a lot about the classic 1960s and 1970s robe-wearing, big communal-living kind of cults while researching for this book, but I quickly realised I was more interested in thinking about what a contemporary cult might look like—where members can be monitored and controlled via technology so that the cult leader hardly needs to be physically present at all.

Why did you choose to focus the narrative on Esther?

I do love flawed characters; the ones with embarrassing secrets, who make bad decisions and dumb mistakes—sometimes big ones. Esther is like this. She’s also the classic type to be drawn to a cult: idealistic, dissatisfied with the world, desperately searching for meaning and purpose. To the other girls in the farmhouse she must come across as cold and unfeeling, but because we are in her head we know how much Esther is struggling with the role she’s being forced to play. A weaker personality, or someone with a more black-and-white view of the ‘right’ way to behave, would not cope with the situation Esther finds herself in. I think she is amazed herself by how long she’s managed to survive, but she’s also very aware that she’s starting to lose her self-control.

How did the minimal setting unlock the story for you?

I was travelling through South Australia when I was in the early planning stages of The Special Ones and it’s that landscape I picture as the backdrop for the story—dry and sparse, beautiful and difficult. Keeping the setting minimal was a way of maintaining focus on what was the most interesting and important thing for me—the struggles going on inside Ether’s head. I wanted to create a claustrophobic, pressured, stifling atmosphere for the special ones’ farmhouse to enhance the sense we have that Esther is about to explode.

The Special Ones and your first book Shift are both YA thrillers. What do you think is the appeal in thrillers?

I guess the biggest appeal is that you get to experience drama and danger without any personal risk! It’s a way of imagining how you would act or react if you found yourself in certain situations. Writing The Special Ones gave me plenty of time to wonder what I would do if I found myself caught up in a cult. I’m pretty sure I wouldn’t cope nearly as well as my heroine does. I also think there’s a bit of a competition going on between the reader and the author of a thriller—especially a psychological thriller. You want to try and work out what’s going on before the author reveals it all, but at the same time, there’s nothing quite as great as being completely stunned by a twist you didn’t see coming.

Last year I read Elena Ferrante’s ‘Neapolitan Novels’ (Text) and loved them in the way that everyone who reads them seems I also recently read a couple of childhood favourites of mine with my daughter: The Midnight Fox (Faber) and The Eighteenth Emergency (Random House), both by Betsy Byars. It’s always a risk re-reading something you loved as a child as it doesn’t always have the same impact the second time around, but if anything I was even more impressed because I could see how beautifully they’d been crafted. Byars’ writing is funny and deeply serious at the same time and conveys its messages without ever being heavy-handed.