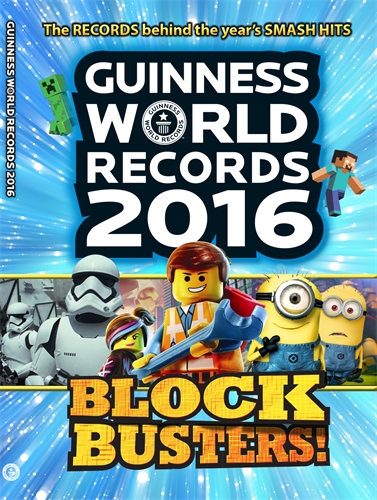 Guinness World Records is launching a new pop-culture annual in March. Blockbusters!, aimed at children aged eight to 12, will focus on ‘the year’s biggest smash hits from the world of movies, music, TV, apps and online, comics and more’, including brands such as Star Wars, One Direction, Frozen, Minions, SpongeBob SquarePants, Minecraft, Lego and Guitar Hero. Guinness World Records vice president of publishing Jenny Heller said there had been an increase in records relating to pop-culture, and the company ‘felt it was the perfect time to showcase these record categories together’.