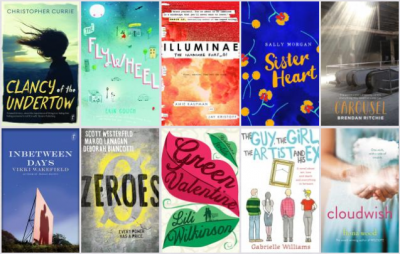 The longlists for the 2016 Inky Awards have been announced. The awards are presented by the Centre for Youth Literature at the State Library of Victoria for local and international fiction, poetry, anthologies and graphic novels written for young adults.

The titles longlisted for the Gold Inky Award (for an Australian book) are:

The titles longlisted for the Silver Inky Award (for an international book) are:

For more information about this year’s longlists, visit the Inside a Dog website here.