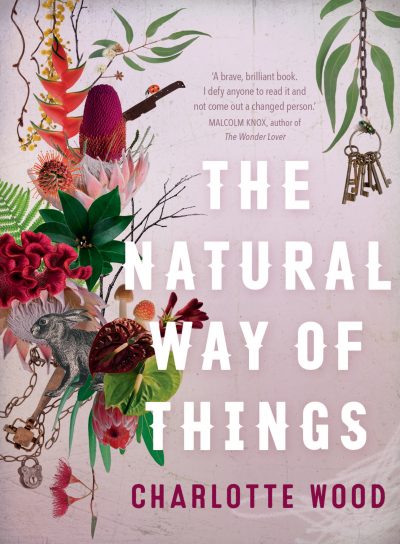 The Natural Way of Things by Charlotte Wood (A&U) has won the 2016 Stella Prize for women’s writing.

Wood was presented with the $50,000 prize at an awards ceremony in Sydney on 19 April. She was chosen from a shortlist of six that included: Six Bedrooms by Tegan Bennett Daylight (Random House), Hope Farm by Peggy Frew (Scribe), A Few Days in the Country: And Other Stories by Elizabeth Harrower (Text), The World Without Us by Mireille Juchau (Bloomsbury) and Small Acts of Disappearance: Essays on Hunger by Fiona Wright (Giramondo). Each of the shortlistees received $2000.

In her acceptance speech Wood noted that some recent winners of literary prizes ‘have shown extraordinary individual generosity, in publicly donating portions of their prize money to crucially important social causes’. ‘But tonight I will not be following in those footsteps,’ said Wood. ‘I’m going to keep this prize money. Not just because it will afford me the only thing every writer really wants, time and mental space to work, but because I want to stake a claim for literature as an essential social benefit, in and of itself.’

Wood said she was ‘honoured beyond words to be recognised with the Stella Prize’ and ‘so grateful to the Stella organisers and benefactors who give their expertise and time, their goodwill and their money to this cause of literature, created by women. They overcame enormous hurdles to set up this prize, and its success in seizing the public imagination so forcefully in such a short time has been utterly extraordinary.’

Chair of judges Brenda Walker said The Natural Way of Things is a novel ‘of—and for—our times, explosive yet written with artful, incisive coolness’. ‘It parodies, with steely seriousness, the state of being visible and female in contemporary Western society,’ said Walker.

The Stella Prize was established to celebrate Australian women’s contribution to literature. For more information, visit the website here.