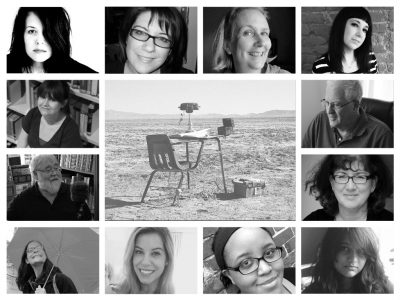 Vine Leaves Press publishes book-length vignette, poetry and short-story collections, writing reference books, memoir, autobiography and novellas/novels of all genres with a literary bent. We aim to demonstrate that literary writing can also have commercial appeal.

In late 2011 Dawn Ius and I founded Vine Leaves Literary Journal to offer the vignette, a forgotten literary form, the exposure and credit it deserves. The vignette is a snapshot in words, and differs from flash fiction or a short story in that its aim doesn’t lie within the traditional realms of structure or plot. Instead, it focuses on one element, mood, character, setting or object.

Having spent the last few years publishing the journal and vignette collections through the Vine Leaves Vignette Collection Award, we have established a very strong and unique following and readership. Dawn and I decided it would be a great idea to take advantage of this readership—people who are passionate about alternative and unique forms of the written word—and start to publish more books.

Of course, we don’t publish only alternative writing forms. There are a number of books in our catalogue that are traditional in structure and would appeal to readers of commercial fiction, too. Such as Falling for Alice, which offers five fresh takes on ​Lewis​ Carroll’s classic tale, and a memoir called The Zipper Club, which is due out this May. With every submission we receive, however, we ask ourselves, does this blur the lines between commercial and literary? If so, then we pursue it.

The first book we ever published was the winner of our first Vignette Collection Award in 2014. The food of coastal Africa has long nourished the bodies and fed the spirits of many as it moved along with a people, from its original continent across seas. Harvest by Amanya Maloba echoes this original journey as it follows a young girl recalling childhood, and discovering adulthood, all while navigating different spaces and times. Maloba’s debut collection of contemporary African American vignettes is told in a voice that echoes generations of these stories, but is resolutely her own—personal and raw.

I wouldn’t say ‘employ’ exactly, as at the moment we are all volunteers until we get firmly off the ground. We have two different teams. One for Vine Leaves Press and one for Vine Leaves Literary Journal, but of course, some people work for both. In total there are 12 of us.

It is run by writers, avid readers, and independent booksellers, not business people with profit as their main goal. We understand the needs of our authors and aim to involve them in every step of the publishing process. Also, even though we are an Australian business, we do not restrict ourselves to Australian authors. Good writing is good writing no matter what part of the world it comes from. Unfortunately, this makes it very difficult for us to obtain arts funding, as we are not solely benefiting Australian writers. So this press and journal are funded entirely from our own pockets.

Postcards from Here by Penny Guisinger, which is a memoir in vignettes, has been our biggest seller. Within the first month of its release, we sold around 300 copies. I realise this is not a big number, but to us, and the author, who didn’t expect to sell more than 100 due to its experimental nature, it was something to celebrate. It’s been very well received too.

Keeping up with the costs. But we are not at all discouraged by this and we will continue to make it work by all means necessary.

BeWrite Books is no longer in business, but a few years ago they published one of the most stunning novels by Magdalena Ball, a New Yorker who resides in New South Wales, Australia, called Sleep before Evening. If she had submitted this manuscript to us, we would have snapped it up in a heartbeat.

This April we have a short-story collection coming out by John McCaffrey called Two Syllable Men. It’s in the tradition of Chuck Palahniuk’s Fight Club and Ernest Hemingway’s Men without Women, and presents the male psyche in all its fragmented glory.

In May we have an extraordinary memoir by Thomas Mannella coming out called The Zipper Club and in June we have another short-story collection coming out by Costa Short Story Award Finalist Annalisa Crawford called You. I. Us.