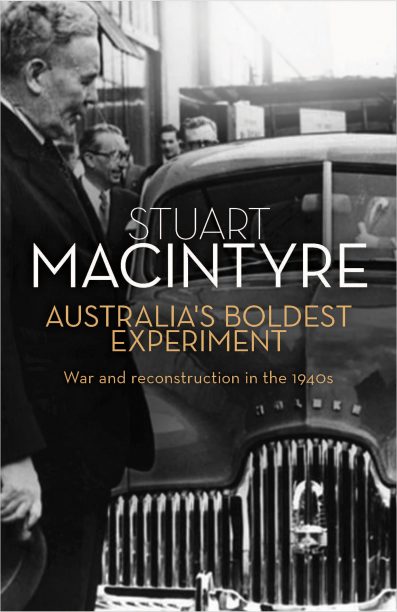 Stuart Macintyre has won the 2016 Ernest Scott Prize for history for his book Australia’s Boldest Experiment: War and Reconstruction in the 1940s (NewSouth).

The winning title was chosen from a shortlist of four, which included: Entanglements of Empire (Tony Ballantyne, Auckland University Press), The Eighties: The Decade that Transformed Australia (Frank Bongiorno, Black Inc.) and Memory and Migration in the Shadow of War (Joy Damousi, CUP).

The judges described Macintyre’s account of Australia’s engagement with post-war reconstruction in the 1940s as ‘masterful in coverage and assured in narrative’.

The $13,000 prize is awarded annually to a work based on original research that contributes to the history of Australia or New Zealand or to the history of colonisation. The prize is presented by the University of Melbourne’s Faculty of Arts, in conjunction with the Australian Historical Association. For more information, click here.