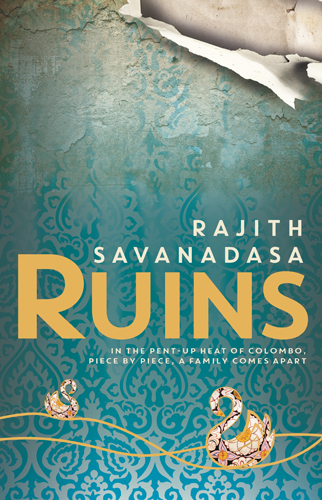 Told from five viewpoints—mother, father, daughter, son, servant—Rajith Savanadasa’s debut novel is a ‘family bildungsroman’ which unfolds during the final days of the Sri Lankan civil war. Latha, aging servant to the Herath family in the capital of Colombo, feels the ancient pull of her own blood. Anoushka, the family’s teenage daughter, navigates the social morass of high school, her parents’ academic expectations and a nascent romantic interest in her female childhood best friend to the jabbing sounds of riot grrrl music. Mano, the lazy, selfish patriarch, is a newspaper editor afraid of rocking the boat in turbulent times. Mother Lakshmi obsesses over a child who’s gone missing amid the conflict. And cocksure son Niranjan is an entitled party boy about to get his dues. Savanadasa has written a riveting debut that examines the intricacies of class, racial and generational divides in contemporary Sri Lanka. His writing recalls Christos Tsiolkas’ recent work in his willingness to scrape the sour bowels of human identity while also leavening it with hope, with Savanadasa going one step further to integrate a well-realised spiritual dimension rooted in Buddhism. With the novel’s voices distinct and convincing, Ruins heralds the arrival of a gifted new talent in Australian fiction.