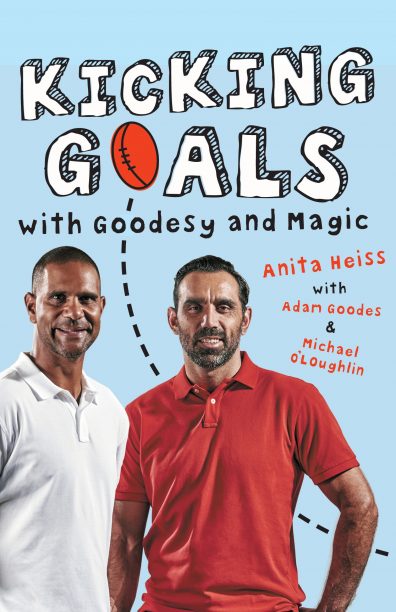 Firstly, a disclaimer: I have never watched a game of football and I know nothing about the game. Actually, I knew nothing, but now I know a lot more. Anita Heiss’ new book is an absolute winner: one for footy fans but also everyone else, including those completely disinterested in the sport. The book is a conversation between Heiss and former Sydney Swans players Adam Goodes and Michael O’Loughlin, with Heiss posing the same questions to the two men separately and recording their answers. What is striking from their answers is their similarity: both are highly trained, competitive sportsmen who are proud of their backgrounds, their achievements, and of each other. They are in fact quite closely related, but were unaware of the fact until they became footballers, and this is one of the overarching themes of the book—family and brotherhood, as well as being the best player that you can be. It’s interesting to read about someone’s rise to stardom and how they cope with it. There’s no false humility in these two men; they know they’re good, but both have perspective about being in the public eye. Heiss’ questions are insightful, and give both stars plenty of opportunity to show off their excellent sense of humour—I laughed out loud at many of their answers. This is a great book for young football fans—and really for everyone over the age of eight.