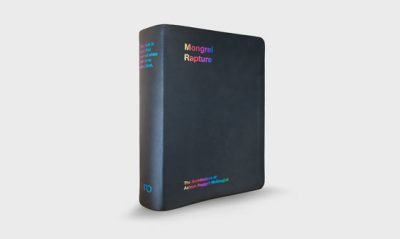 The Australian Book Designers Association (ABDA) announced the winners of the 2016 Book Design Awards at an event in Melbourne on 13 May.

Young Designer of the Year

To view images of the winning titles, click here.

ABDA also presented three ‘designers’ choice’ awards, which were chosen by ABDA members at the awards presentation. The winners are:

Designers’ Choice Book of the Year

At the awards party it was also announced PRH executive designer Tony Palmer has been inducted into the Australian Book Design Hall of Fame, which recognises ‘designers whose body of work and role in the book industry has made a significant contribution to book design in Australia’. Palmer joins current Hall of Fame members W H Chong, Sandy Cull, Deborah Brash, George Dale, Harry Williamson, Arthur Stokes, Alec Bolton and Patrick Coyle.

This is the third year that the awards have been run by ABDA, which took over management of the awards from the Australian Publishers Association.