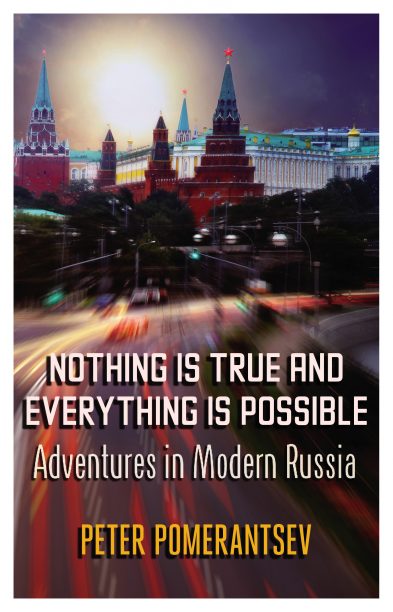 Peter Pomerantsev’s ‘anti-travelogue’ of Russia, Nothing is True and Everything is Possible (Faber), has won the Royal Society of Literature Ondaatje Prize in the UK. The annual £10,000 (A$20,320) prize is presented for a ‘distinguished work of fiction, nonfiction or poetry, evoking the spirit of a place’. Pomerantsev’s winning book, which was selected from a shortlist of six, was described by the judges as an ‘exuberant exposure of greed and corruption in modern Russia’. ‘Nothing is True and Everything is Possible is a sort of anti-travelogue, making the reader desperately keen never to go near the places described: the Muscovite, Siberian, American and English haunts of those who became super-rich from the division of state assets and the new entrepreneurial possibilities that arose in post-Soviet Russia. Pomerantsev’s storytelling is funny, frightening, exhilarating,’ said the judges. For more information about the award, click here.