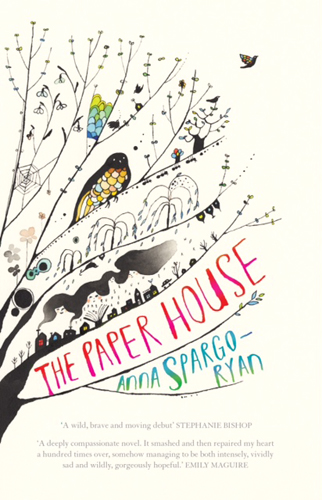 Anna Spargo-Ryan has a strong voice on social media and in shorter-form writing, advocating for mental-health awareness by being honest about her own raw experiences with mental illness. Her debut novel The Paper House continues this focus, as a young couple, Heather and Dave, deal with the tragic stillbirth of their daughter. Heather is pushed into the past by the tragedy, and the story moves between her attempts to cope and her childhood of bearing witness to her mother’s mental illness. The narrative is firmly ensconced in nature, with the garden behind the house that the couple move into forming a tangled backdrop to their grief. This grief, and the sense of unreality grief can impose, is reminiscent of Kristen Tranter’s Hold, however, Spargo-Ryan is more focussed on the social and familial costs of mental illness, and the way that tragedies can bring people together or tear them apart. The story is told as if from underwater, capturing the murkiness of an all-consuming grief turning to psychosis. Undercutting this haze is a sharp observation of the frail realities of the human body, with its belly scars and ageing skin. The effect is a strong debut novel from a fascinating new voice in Australian fiction, which will appeal to fans of Jessie Cole, Kirsten Tranter and Michelle de Kretser.