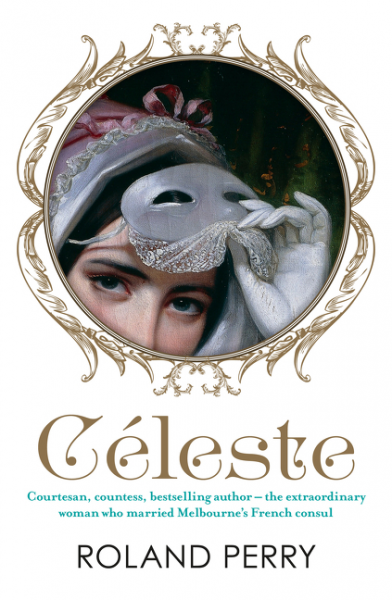 This is the 30th book from Roland Perry, who is well known for his books on Australian military history and cricket. Its subject is a courtesan who lived in Paris in the mid-1800s. Celeste, nicknamed Mogador, is one of the better known courtesans of the time, because she published her diaries in 1851, which went on to be reprinted numerous times. Later additions detailed her marriage to the Count de Chabrillan and their move to Melbourne after the Count was appointed as the first French Consul to the Victorian colony. Celeste had an interesting life, but this book doesn’t really put it into context, or explain the importance of some of her paramours. I couldn’t help but draw parallels to Kim Kardashian, famous for her sexuality, but now a businesswoman who has diversified. After her marriage, Celeste became a successful author of novels and plays, but her history as a courtesan was constantly brought up. This book is recommended for people already familiar with the era, who are looking to add to their understanding of the time.

Jessica Broadbent is a former bookseller and a trained librarian