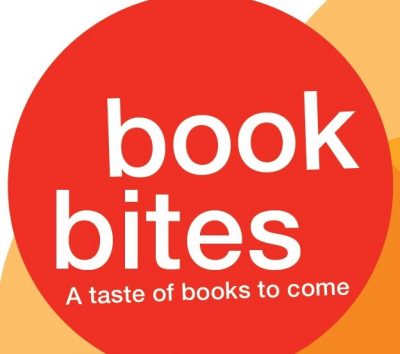 Book bites: A taste of books to come

Travellers to Sydney and Melbourne have two new children’s picture books to choose from. Sydney Word by Word (Sonny Day & Biddy Maroney) and Melbourne Word by Word (Michael McMahon), both published by Little Hare in September, capture the essence of the two cities ‘word by word, sound by sound, sight by familiar sight’. These beautiful titles are sure to become tourist favourites.

Australia Illustrated (Tania McCartney, EK Books, November) explores the diversity of Australia, ‘from the First People to washing lines and crocodiles, football and sunshine, koalas and akubras, skyscrapers and beaches’, with collage-style spreads that are ideal for dipping into.

EK Books is also publishing two new titles in its ‘Kids’ Year’ series by Tania McCartney and Tina Snerling in August. A New York Year and A Texas Year explore a year in the lives of several kids from New York and Texas, and make an ideal resource for primary school kids learning about new countries and cultures.

Marc Martin’s ambitious new picture book Lots (Viking, October) is subtitled ‘A book about everything* for everyone (*almost)’. Martin crams his pages full of illustrations accompanied by ‘facts, thoughts and observations about our planet’.

Looking for illustrated nonfiction to engage fact-hungry children? Rock Pool Secrets (Narelle Oliver, Walker Books, October) is a lift-the-flap picture book that introduces younger children (aged three and up) to some of the creatures who call a rock pool their home.

For older readers (aged six and up) there’s The Coral Reef Book and a new book on Australian insects, The Book of Australian Minibeasts (both Charles Hope, Wild Dog, August), which combine full-colour photos with bite-sized pieces of information. Both titles come with teachers’ notes.

There are more bugs in The Book of Bees by graphic artist Piotr Socha (Thames & Hudson, October), with illustrations that will appeal to fans (of all ages!) of beautifully designed children’s nonfiction.

Australian editor and art critic Jennifer Higgie’s debut picture book There’s Not One (Scribe, September) ‘celebrates the details and diversity of the world around us’, with brightly coloured spreads that cover everything from baked beans to stars; while Australian artist Bronwyn Bancroft explores the ‘colours, moods, and times of day’ of the Australian landscape in Colours of Australia (Little Hare, September).

Younger readers can dive into the fantastical stories of The Ballad of Henry Hoplingsea (Julia Hubery, illus by Lucia Masciullo, Little Hare, September), a tale full of knights, princesses and ogres; and Captain Sneer the Buccaneer (Penny Morrison & Gabriel Evans, Walker Books, September), which depicts life on the high seas in dramatic watercolour spreads; while kids who dream of running away with the circus will enjoy Celeste Hume’s debut picture book Mila and the Missing Lions (The Five Mile Press, September), which stars Mila the lion tamer as she practices on her dog Ralph.

When We Go Camping from New Zealand creators Sally Sutton and Cat Chapman (Walker Books, October) depicts all the fun of a family camping trip; while Blue, The Builder’s Dog (Jen Storer, illus by Andrew Joyner, Viking, September) is ideal for kids who love anything to do with construction.

EK Books’ ‘Sugar and Spice Collection’ combines three stories on ‘subjects every girl loves: ponies, fairies and dancing’. The books Patch and Ruby by Anouska Jones, Dance with Me by Penny Harrison and The Great Sock Secret by Susan Whelan (all illus by Gwynneth Jones, October) are also sold separately.

Among the international highlights are Oliver Jeffers and Sam Winston’s ‘manifesto for the myriad rewards of reading’, A Child of Books (Walker Books, September); and Yasmeen Ismail’s celebration of imaginative play, Nothing! (Bloomsbury, September).