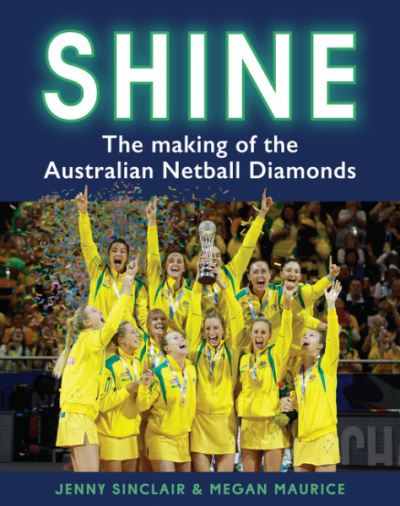 Women’s team sport is frequently overlooked when it comes to mainstream media, so it may come as a surprise then to find out that the Australian Diamonds Netball team are one of the most successful sporting teams Australia has produced. Shine takes us on their spectacular ride to success highlighting the dogged determination of these young women, the setbacks and exceptional hard work it has taken them to get there. From the championing of players’ rights, conditions and pay rates, to the development of a trademark brand, the Diamonds have gone from strength to strength. That’s not to say Shine is all about victory, and major challenges such as injuries, fertility issues and being dropped from the team are covered. Authors Jenny Sinclair and Megan Maurice delve deep in their scope, choosing to profile not just the 12 Diamonds players but also the team’s support staff, including physiotherapists, performance analysts, dieticians and coaches. It’s this ‘behind-the-scenes’ look that sets this book apart, coupled with the fact that it is written by women, about women, and most probably, for women. The camaraderie that exists between the players is beautifully captured and it’s sure to inspire not only burgeoning netballers but anyone who loves sport.

Katie Haydon is a former assistant editor at Books+Publishing, a former soccer captain and is studying for a Graduate Diploma in Adult Language, Literacy and Numeracy