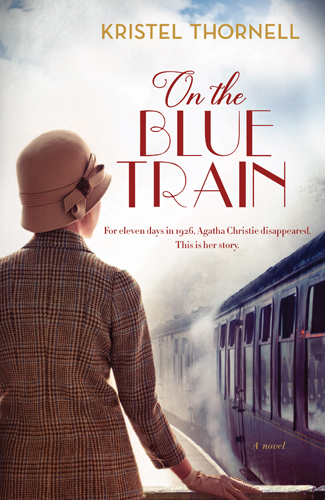 In December 1926, Agatha Christie, already a well-known novelist, starred in her own mystery when she ‘disappeared’ for 11 days without a word to her husband or six-year-old daughter. The discovery of her abandoned car near the edge of a cliff suggested suicide or murder and the case sparked a nationwide manhunt. Christie was eventually found at a spa resort in Harrogate checked in under the name Teresa Neele, and she never spoke publicly about the incident. Drawn from Christie’s life and writings, Thornell’s novel weaves fact and fiction into an imagining of the ‘missing’ days, particularly those spent at Harrogate—a place portrayed as a sanctuary for troubled souls seeking anonymity, contemplation, and healing. What prompted Christie to seek ‘invisibility’ and what brought her fellow-travellers here? Thornell gradually reveals her characters’ interior landscapes through reveries and reminiscences, exposing hopes, fears, and disappointments that conflict and converge. This is also an examination of friendship, the challenges of the writer’s life, of love, motherhood, grief, and reconciling with one’s choices. The novel should appeal to Agatha Christie fans, readers who enjoy literary fiction, historical fiction and to anyone curious about this mysterious case.

Paula Grunseit is a librarian and freelance journalist, editor and reviewer