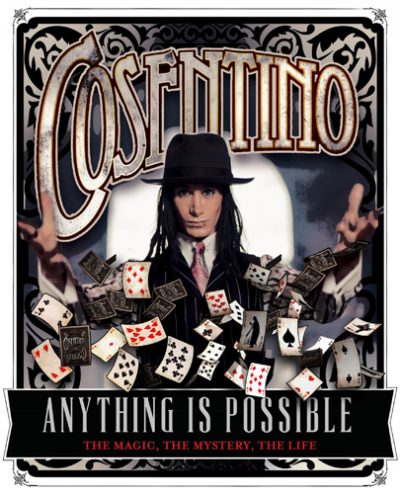 Anything is Possible (Cosentino, HarperCollins)

Paul Cosentino was a 12-year-old boy with reading difficulties when he discovered a book on magic in his local library. With the support of his family, Paul’s fascination with magic and illusion ultimately turned into a career. Growing up, he performed in schools and shopping centres, gaining hard-won experience in front of live audiences. After he had twice rejected requests from the Australia’s Got Talent show, he finally agreed to audition and was runner-up in the final. Success in Dancing with the Stars followed and all the years of hard work finally paid off. Anything is Possible tells the story of Cosentino’s dedication to his craft and his self-belief, his respect for the history of magic, and his reverence for the skills of other magicians. He reveals the dangers involved in his elaborate escapes and emphasises the importance of practice to become outstanding. Cosentino’s story will provide inspiration for both adults and teenagers, in fact, for anyone who wishes to succeed, to persevere against the odds, and to overcome periods of self-doubt. This is not just a celebrity memoir and it is more than a book about magic. It is a book about self-belief.