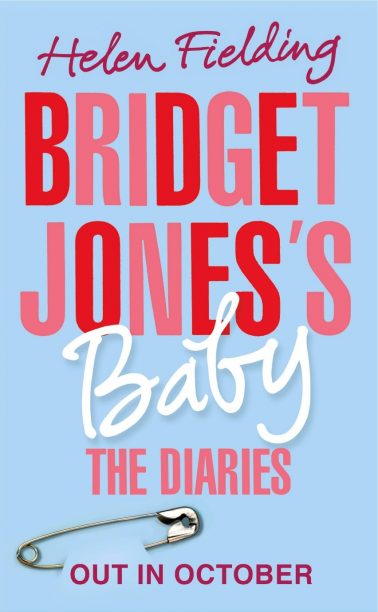 Bridget Jones’s Baby: The Diaries, a new novel by Helen Fielding based on her columns in the UK’s Independent newspaper, will be published by Jonathan Cape on 11 October. The novel, which tells the story of Bridget’s ‘somewhat bumpy journey into motherhood’, will follow the release of the third Bridget Jones movie Bridget Jones’s Baby on 16 September. Bridget Jones’s Diary was first published in 1996 and became an international bestseller. Two sequels, Bridget Jones: The Edge of Reason (1999) and Bridget Jones: Mad about the Boy (2013) followed. The new book and film present an alternative ending to Fielding’s 2013 sequel.