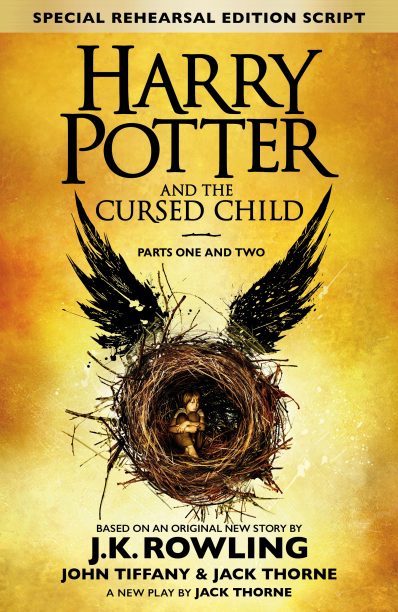 Harry Potter and the Cursed Child playscript (J K Rowling, John Tiffany & Jack Thorne, Hachette) has debuted at the top of this week’s highest new entries and overall bestsellers chart after selling 211,898 copies in its first week. Its release has also driven up sales for Harry Potter and the Philosopher’s Stone (J K Rowling, Bloomsbury), which sits in eighth spot after climbing into the top 10 bestsellers last week. The latest book in the ‘Michael Bennett’ series, Bullseye (James Patterson & Michael Ledwidge, Century), is one of two new titles in the top 10, sitting in third spot, with the other, new ‘DCI Banks’ novel When the Music’s Over (Peter Robinson, Hodder & Stoughton), sitting in ninth spot. Bullseye and When the Music’s Over are also first and third on the fastest movers chart, with Harry Potter and the Philosopher’s Stone coming in second—Books+Publishing (source: Nielsen BookScan, week ending 6 August 2016).