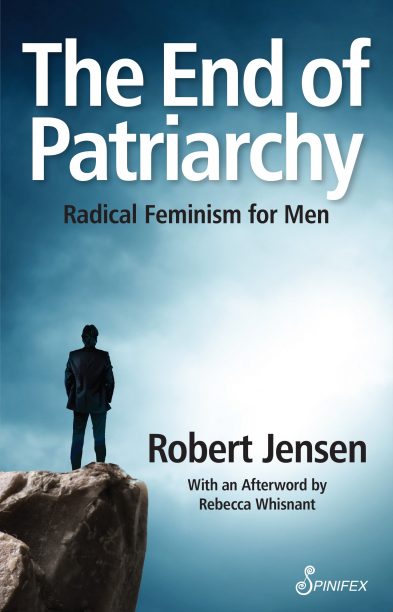 The End of Patriarchy by US academic Robert Jensen is a summary explanation of how radical feminism informs politics, written for an audience of men. Readers should bring an entry-level knowledge of cultural studies terms, as the book mines Jensen’s experience of academic ideas rather than personal experience. While the author uses examples from current affairs to illustrate points, his style is different to memoir-heavy manuals of pop culture such as Lindy West’s Shrill and Clementine Ford’s forthcoming Fight Like a Girl. There is a limited range of topics, with a focus on current radical feminist concerns such as rape culture and the sex industry. Jensen critiques contemporary feminism, discusses the ‘eroticisation of control’ in pornography, and claims ‘transgenderism’ is an inadequate rejection of patriarchal gender norms. Readers may be familiar with Jensen’s contributions to Big Porn Inc (2011), edited by Australian anti-sex industry campaigner Melinda Tankard Reist. But the question remains: do we need male feminism? Having authored earlier works on pornography, masculinity, and white privilege, Jensen positions himself as a vocal ally, and quotes primarily female writers and academics. However, his arguments are strongest and most convincing when he speaks about male-only spaces, and declares the responsibility of all men to alleviate the oppression of women, and by extension, themselves.

Lou Heinrich is a writer and critic