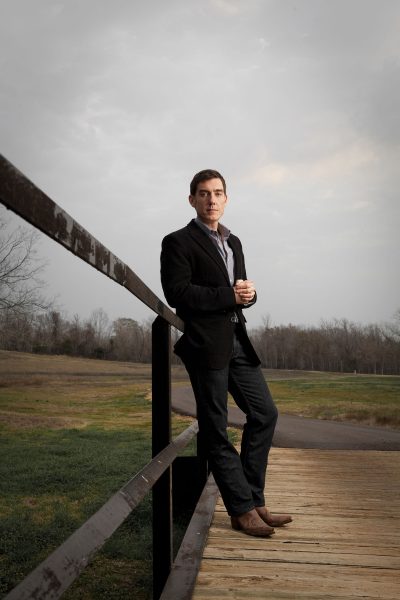 US novelist Justin Cronin is the author of the apocalyptic vampire trilogy The Passage, The Twelve and The City of Mirrors (all Orion). Cronin will be appearing at the Melbourne Writers Festival and Brisbane Writers Festival, and events in Canberra, Sydney and Adelaide.

Anything I’d put here would seem incredibly self-adoring, so I’ll just say Stephen King’s comment about ‘The Passage’ trilogy being ‘one of the great achievements in American fantasy fiction’.

Last spring, my son and I binge-watched the first season of a new television series in the US, called The Expanse. It’s based on a series of sci-fi novels by James S A Corey (a pseudonym for two writers). Because I was going to be spending so much time touring for The City of Mirrors, and my son would be attending camp for the month of July, we wouldn’t be spending very much time together this summer. So we decided to read the novels together as a father-son sci-fi book club.

There are six books in the series, and I’m only on book three, so that’s down the road a bit. Probably Kate Atkinson’s A God in Ruins (Black Swan), which has been on the bedside table for a while.

There are plenty, but when people ask me about post-apocalyptic literature, I always send them to Earth Abides by George R Stewart (Millennium Publications). It’s a calm, beautifully told novel about a group of survivors following a global pandemic that’s highly observant of both human personality and the natural world.

There are two: The Andromeda Strain by Michael Crichton (Vintage) and The Martian Chronicles by Ray Bradbury (Voyager), which I read in quick succession. Crichton’s novel was the first ‘grown up’ novel I read; I was in the fifth grade. I didn’t understand all of the science, but the story thrilled me completely. The following summer I read The Martian Chronicles at my grandmother’s house on Cape Cod. I still remember coming to the novel’s final sentence and being so bowled over I knocked a bottle of Mercurochrome off the bedside table, permanently staining the carpet. It was my first encounter with a moment of literary irony that I actually understood.

Ang Lee’s adaptation of Rick Moody’s novel The Ice Storm (Abacus). I like the novel; I love the film, which has none of the anger but all of the sorrow.

Is this wrong of me? I don’t have one, because I don’t read any. I’m a pretty analogue guy.

I go back and forth. I prefer physical books on the whole, because it’s easier to ping-pong around inside them, but my vision has degraded over the years, and ebooks, with their adjustable type, are the new large print for people like me.

Facebook. I’m not a 140 characters kind of guy. I need 50 pages just to clear my throat.

Doing just fine, thank you. Although the death of the novel is widely forecast, I believe it will attend all of our funerals.