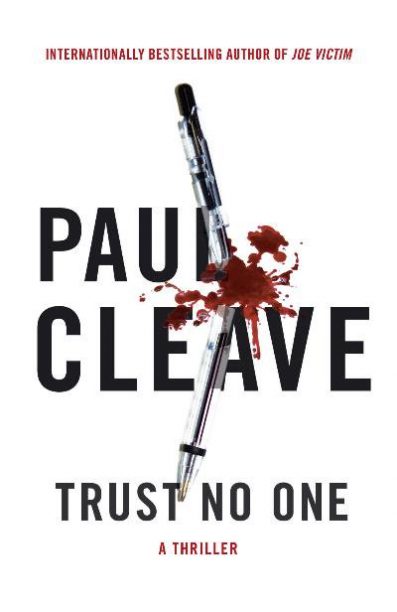 This is the third time Cleave has won the Ngaio Marsh Award, after winning last year for Five Minutes Alone (Penguin NZ) and in 2011 for Blood Men (Bantam).

Chosen from a shortlist of five, Trust No One is a thriller about a writer with early onset Alzheimer’s who starts confessing to the murders in his novels. It was described by the judges as ‘a stunningly audacious example of the genre that functions as a literary hall of mirrors’.

The award was presented at the 2016 WORD Christchurch Writers and Readers Festival on 27 August. Also announced on the evening was the winner of the inaugural Ngaio Marsh Award for Best First Novel, which went to Inside the Black Horse (Ray Berard, Mary Egan Publishing). Berard was also shortlisted alongside Cleave for Best Crime Novel.

The judges described Berard’s novel about the Rotorua drug trade as ‘unmistakably Kiwi in flavour and tone, a gritty yet composed crime story’.

The Ngaio Marsh Awards are presented annually for the best crime, mystery or thriller novels written by New Zealand citizens and residents. The awards are named after Christchurch crime writer Ngaio Marsh.