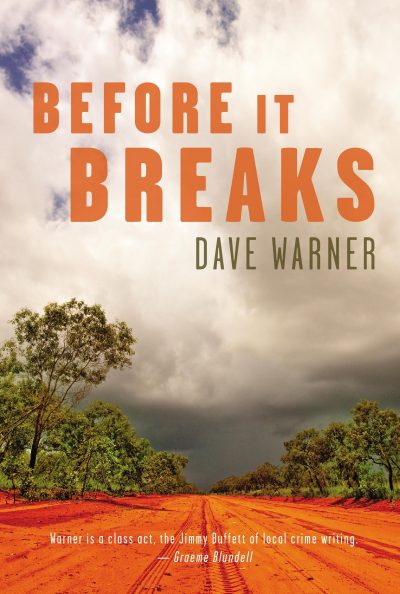 The Australian Crime Writers Association (ACWA) announced the winners of this year’s Ned Kelly Awards for crime writing at the Melbourne Writers Festival on 28 August.

The winner in the best novel category was Before it Breaks by Dave Warner (Fremantle Press). Judges praised the novel, which is set in Broome, Western Australia, for its ‘stunning sense of location’, as well as its ‘depth and humanity’. It tells the story of an ex-homicide detective who returns home to piece together his shattered life, but is drawn into a murder investigation.

The best true crime award went to Certain Admissions by Gideon Haigh (Viking). The book focusses on a crime committed in Melbourne in 1949, where radio announcer John Bryan Kerr was charged with the murder of typist Beth Williams.

The S D Harvey Short Story winner was the short story ‘Flesh’ by Roni O’Brien, which will be published in an upcoming edition of Kill Your Darlings.

The ACWA also honoured Carmel Shute with a Lifetime Achievement Award for her 25 years’ work ‘supporting and nurturing Australian women crime writers’, including her work as founder and co-convener of Sisters in Crime Australia.