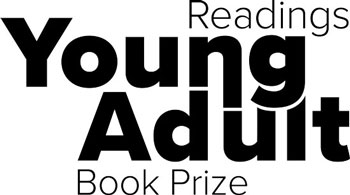 Independent Melbourne bookseller Readings has announced the formation of the Readings Young Adult Book Prize, open to first and second works of young adult fiction and memoir by Australian authors.

The winning author will receive $3000. It’s the third prize of its kind administered by the bookseller, joining the Readings Children’s Book Prize and Readings Prize for New Australian Fiction, which were inaugurated in 2014.

Readings managing director Mark Rubbo said Australian YA authors ‘can struggle to get noticed among the overseas YA authors’. ‘We strongly believe that Australian YA readers should be encouraged to explore Australian stories,’ said Rubbo. ‘We’ve been so pleased with the response to our other two prizes that it seemed very logical to add the YA Prize.’

Readings Kids shop manager Angela Crocombe said she’s ‘thrilled that Readings will be extending our support and reflecting our passion for Australian young adult authors and the LoveOzYA movement by starting this prize’.

The judging panel for the inaugural award, which will be presented in late July 2017, comprises Angela Crocombe and Leanne Hall from Readings Kids; Natalie Platter from Readings Doncaster; and digital marketing manager Lian Hingee. Author Lili Wilkinson will join the panel to select a winner from the shortlist, to be announced in late May.