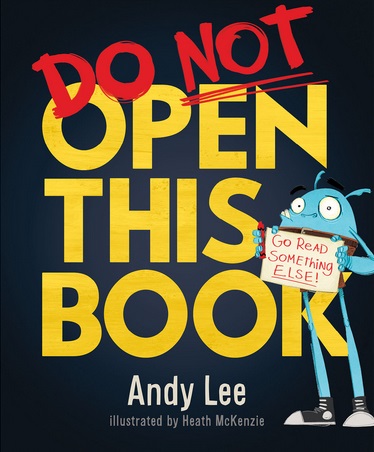 The book, which was published by Melbourne small publisher Lake Press last week, was first announced on Lee’s radio show on Wednesday. It was written as a gift for Lee’s one-year-old nephew.

Publisher Michael Horgan, who is a school friend of Lee’s, said he was under instructions not to publicise the book ahead of its release. ‘It couldn’t be in any catalogues, it couldn’t be on the shelves until yesterday afternoon. So basically we had to sell the book in stealth to all the big retailers and it was all a big secret,’ said Horgan. ‘It worked out perfectly. Now there are 40,000 on shelf, we printed 60,000, and we think we are going to run out very quickly.’

The book has already been sold into the US, UK, China, Germany, Croatia and Iceland.

Horgan said Lee had approached him to publish a single copy, but was convinced to give the book a wider release. The story uses reverse psychology to encourage children to keep reading.