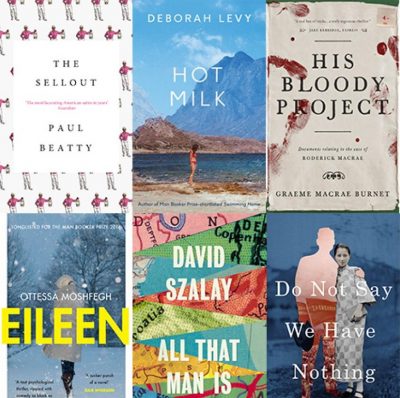 The shortlist for the 2016 Man Booker Prize has been announced. The six shortlisted titles are: The Sellout (Paul Beatty, Oneworld), Hot Milk (Deborah Levy, Hamish Hamilton), His Bloody Project (Graeme Macrae Burnet, Text), Eileen (Ottessa Moshfegh, Jonathan Cape), All That Man Is (David Szalay, Jonathan Cape) and Do Not Say We Have Nothing (Madeleine Thien, Granta). They were chosen from a longlist of 13 that included South African-born Australian author J M Coetzee’s The Schooldays of Jesus by (Text). This is the third year that the prize has been open to writers of any nationality, and the shortlist is split between two British, two US and two Canadian writers. Three of the novels are published by Penguin Random House and three from small, independent publishers. As previously reported by Books+Publishing, Text Publishing acquired ANZ rights to His Bloody Project from Scottish indie press Saraband, and released the book on 29 August. Chair of judges Amanda Foreman said the final six ‘reflect the centrality of the novel in modern culture—in its ability to champion the unconventional, to explore the unfamiliar, and to tackle difficult subjects’. The winner will be announced on 25 October and will receive a cash prize of £50,000 (A$88,340). Each shortlisted author also receives £2500 (A$4417). For more information about the 2016 shortlist, visit the Man Booker Prize website here.