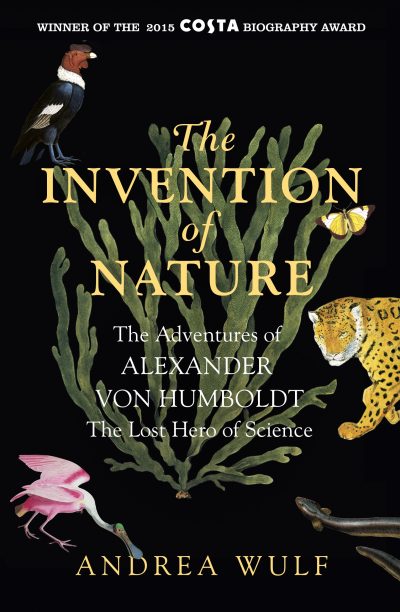 In the UK, The Invention of Nature by Andrea Wulf (John Murray) has won the 2016 Royal Society Science Book Prize for ‘outstanding popular science books’ written for a non-specialist audience. The biography of 19th-century explorer and naturalist Alexander von Humboldt, who was dubbed the ‘Shakespeare of sciences’ by his contemporaries but has since ‘faded from collective memory’, was chosen unanimously by the judges from a shortlist of six. Chair of judges Bill Bryson said the decisive factor was that ‘it excited and gripped us as judges the most’. ‘The Invention of Nature by Andrea Wulf is a thrilling adventure story as much as a science book about a polymath who had an extraordinary impact on our contemporary understanding of nature,’ said Bryson. Wulf was announced as the winner of the prize at a ceremony on 19 September, and will receive a further £25,000 (A$43,230) on top of the £2500 (A$4320) that is awarded to each shortlisted author. The Invention of Nature previously won the 2015 Costa Book Award in the biography category. For more information, visit the Royal Society website here.