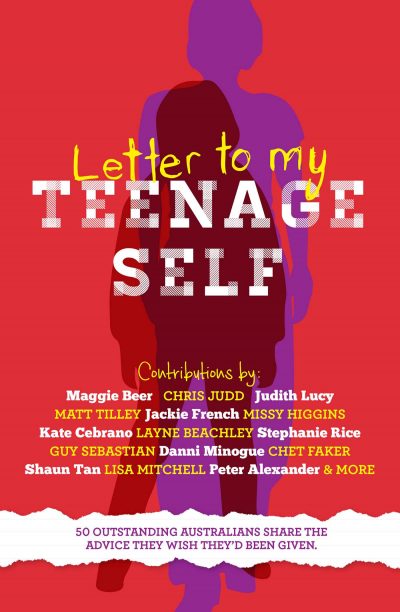 Letter to My Teenage Self (ed by Grace Halphen, Affirm Press) has raised $20,000 for the Reach Foundation in its first two weeks of release.

In a statement, Affirm said Letter to my Teenage Self ‘is the passion project of teenager Grace Halphen’. ‘After having a tough time transitioning between schools, [she] set out to create a book that would help other teenagers feel reassured and less isolated when they went through tough times,’ said the publisher.

Affirm has sold over 7400 copies of the book, with a third print-run of 3000 copies expected in the warehouse soon. All profits are being donated to the Melbourne-based youth-support organisation, the Reach Foundation.

Booktopia, Amazon Australia to use robots for fulfilment  Local news